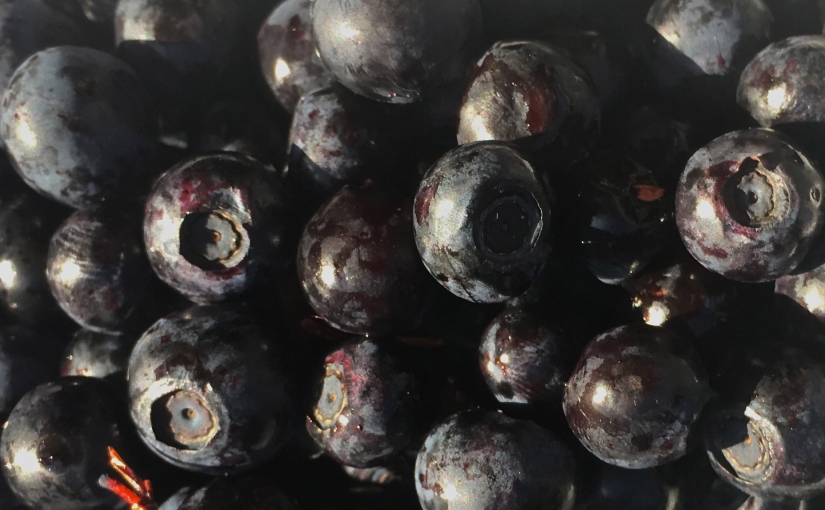 A month ago Joel and I left London to start our next adventure back up north in Manchester, well Stalybridge to be more exact. We have moved into a nice little flat and have both started new jobs so things have been a little hectic to say the least. It is very exciting though, particularly the new roof terrace that I have already planted up with rosemary, Basil, 4 types of mint, salad leaves and some radishes – pretty much anything I could squeeze in before winter arrives.

I was lucky enough to arrange my new role so I had a couple of weeks off in between finishing my London job and starting my new one. I somehow also managed to land it so one of the weeks was glorious sunshine which gave me some time to explore the glorious countryside around where the now live.

One of the main factors for moving up here was that we would be able to spend more time outdoors, walking, climbing, breathing fresh air (we were severely lacking this in London). We timed moving here perfectly to see the moors when they are at their best, covered in a blanket of pink heather and with a clear view over the hills to the glistening reservoirs. In August and September the moors of the North West have another treat to offer, Bilberries by the tubful.

The Bilberry, also known as Winberry or Wortleberry is a cousin of the North American blueberry, but far superior in both taste and texture, although admittedly rather small in comparison. Unlike the blueberry the inside of the berry is dark purple and full of flavour and they hold up very well when cooked (unlike the horrible mush blueberries can make if your not careful).

I have to thank our friends Jenny and Peter and their excellent collection of books on wild food and foraging for sending me some recipe ideas for Bilberries because as excited as I was to find a huge haul of the berries other than making flavoured gin (which we also made) I was at a bit of a loss as to what to make with them. The below in an adaptation of a recipe they sent me from The Hedgerow Cookbook by Caro Wilson and Ginny Knox which I will defiantly be asking to borrow next time I see them.

Whilst Bilberries are small we found that after an hours good picking with 2 people we had enough for the below recipe plus 2 bottles of Bilberry Gin that will be ready for Christmas – not a bad afternoon.

I used a 30cmx15cm rectangular baking pan for this as my tart cases are still in boxes! 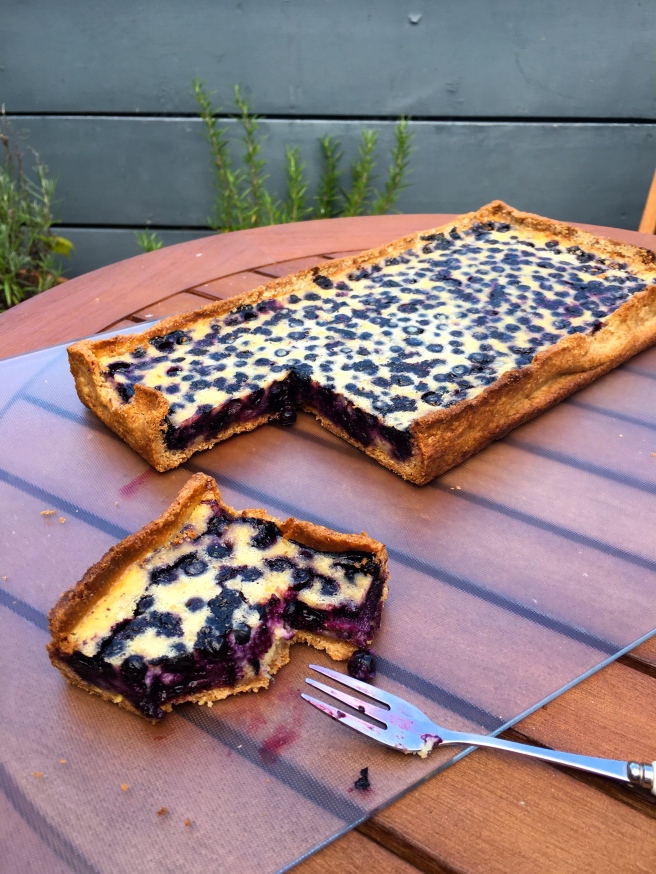 To make the pastry beat the butter and sugar together until light and fluffy then rub in the flour until you have a wet sand like texture then add 1tbsp of water and combine, if more water is needed to form a roll able dough add 1 tsp at a time (I needed 2 tbsp of water). Roll into a ball and refrigerate for at least 30 mins. (You can always do this step the day before).

When you are ready to make your tart preheat the oven to 200C, roll out your pastry as thin as your can and then lay into your tart case, patching up the pastry where you need to – you want this pastry to be thin so it will be nice and crispy against the creaminess of the tart. Prick the pastry all over with a fork then back blind for 15 mins or until lightly golden. I didn’t bother with baking beans for this recipe. When you take out the pastry reduce the oven to 180 C.

Whilst the Bilberries are softening make your filling; mix together the almonds, flour, sugar, lemon zest crème fresh and egg yolks, once these are combined quickly whisk in the lemon juice.

Pour the filling over the bilberries at bake for 15-20 mins until the mixture has only the slightest of wobbles when you shake the tin.

Leave to cool then enjoy.

Looking forward to the Bilberry Gin in December!